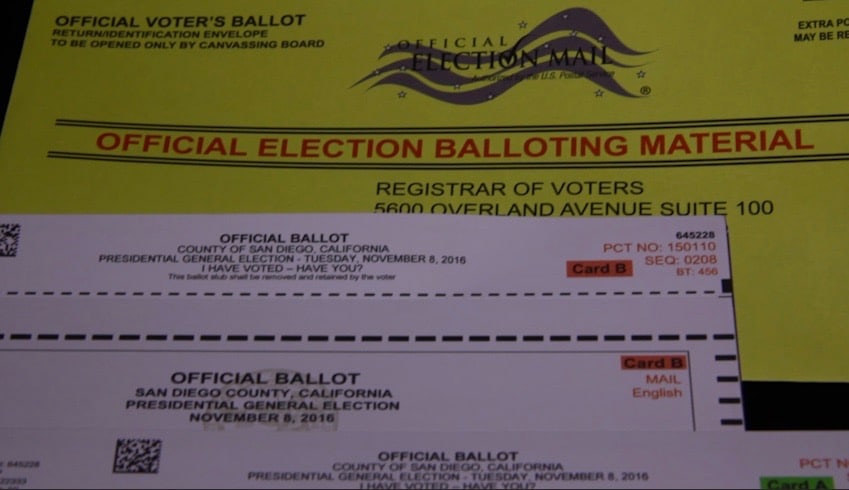 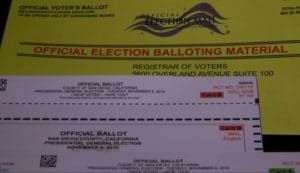 Voters of Registrar’s Office said registration is up this election cycle for San Diego, California.

Even if you aren’t thrilled about what’s happening in national politics, San Diego based Second Amendment enthusiasts encourage Californians to make a stance against Prop 63 in the 2016 election.

A lot is at stake in this year’s election, including the Second Amendment.

While everyone seems to have an opinion about who should or shouldn’t be running for President, PWG was shocked to learn the hard numbers of how many San Diegans were actually registered to vote.

While some point to the lack of popularity of both candidates, many who declined to go on camera said they didn’t plan to vote in the November 2016 election.

However, others willing to speak said even if the conditions weren’t perfect, they still wanted to have a voice.

“Small albeit, but it’s better than nothing,” said Jim Cathey who was looking forward to casting his ballot.

“I certainly don’t want to leave it up to luck,” said Barbara Cohen.

While a good amount of people we surveyed weren’t even registered, the official numbers proved otherwise.

While some claim they aren’t coming out to vote this year, many gun owners, like Michael Schwartz, Executive Director for the San Diego County Gun Owners said there’s one thing people definitely need to come out and vote for.

“We need everyone to go vote NO on Prop 63,” Schwartz exclaimed.

Proposition 63 has a lengthy list of proposed anti-gun laws, including gun owners to undergo a background check for ammunition.

Parents such as Assemblyman Brian Jones are buying thousands of shotgun shells for their kids who shoot competitively.  He said enforcing a background check to purchase ammunition simply doesn’t make sense.

“A criminal with an intent on doing harm with a gun number one doesn’t need that many rounds to accomplish what they want to accomplish, and number two, can get that amount of rounds without ever going into a gun shop,” said Jones.

Now, while voting the right people in office at all level is more important now than ever, the assault on the Second Amendment took a huge hit this past summer.

“Prop 63 in California will make many of the gun bills passed in July even worse,” Schwartz explained.

“They really are legislating from a position of fear and ignorance,” said Jones.

While voters didn’t have a lot of say in what happened back in July, gun owners can reclaim their rights by getting out there and casting their vote.

✕
Sign up to stay in touch!
Sign up to get interesting news, updates and sales delivered to your inbox.
Powered by Bizzflo
Signed up to receive updates or newsletter.